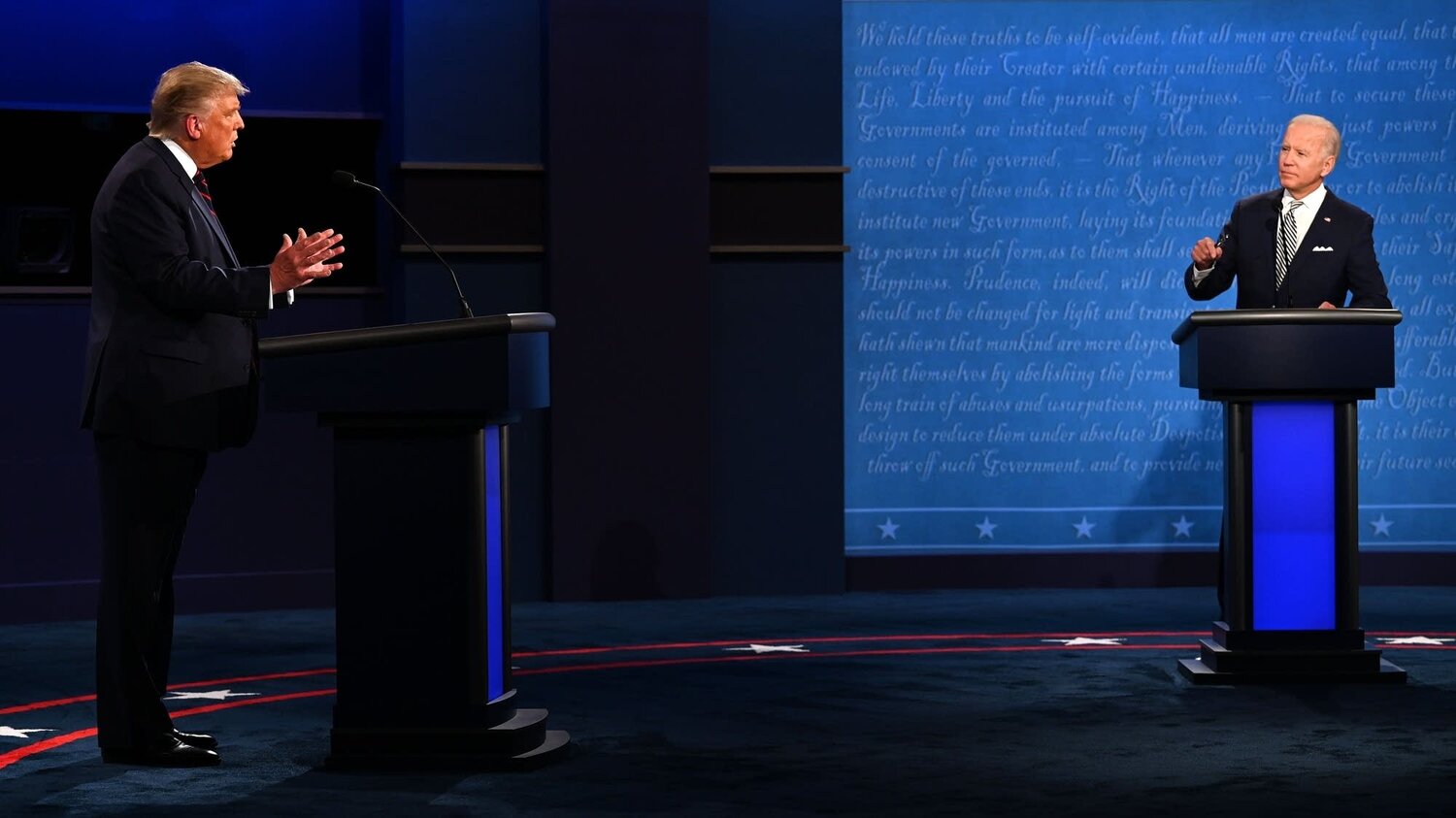 With Joe Biden enjoying significant leads in both the national and state-level polls, the debate was an opportunity for Trump to shake up the race and build on the positive momentum he had thanks to his appointment of Amy Coney Barrett as his Supreme Court nominee.

However, at the end of the night, Joe Biden emerged as the clear winner, and the President appears to have done more damage than good to his re-election chances.

We analyzed the online discussions about the debate in real-time and measured not only the sentiment expressed towards the candidates, but also their positions on the numerous issues that were the subjects of the debate questions. The sentiment scale used for the analysis was -1 to +1.

The graph of our data shows that far from either candidate impressing the public, both earned sentiment, overall and on individual topics, that was in negative territory. However, the obvious story of the night is the intensity of the negativity towards Trump. The overall numbers indicate Biden “won” the debate by generating approximately half of the negativity than Trump.

Of course, the massive negative spike for Trump on the topic of alt-right groups is indicative of the post-debate focus as his comments on the Proud Boys and white supremacy were viewed very poorly.

The comments tied in with the debate’s racial issues segment, which also attempted to include discussions on race and law and order (police), which also turned out very poorly for Trump.

Since the graph above lists the topics in descending order of volume, we can see that Trump’s comments on the Proud Boys and white supremacy generated the second most number of mentions during the evening.

Perhaps the one positive of the night for the President was that his race-related comments might have relegated his tax return issues to the back burner. The sentiment generated during the tax return questions was relatively even, indicating it is not likely an issue that will play a significant role in the remainder of the campaign.

Overall, it was not a good evening for the President, especially on a night when it was important for him to deliver a strong performance to capture a significant share of the remaining undecided voters, voters that he will need to cut into Biden’s lead. Worse for the Trump campaign, the unfavorable reviews of the debate overall will likely mean smaller audiences for the remaining debates, reducing the number of voters he can connect with moving forward.

The fallout of the debate is already evident in our National support metrics. While Biden’s lead had been recovering from its lowest point (D+4) we recorded last Friday, and was D+6 heading into the debate, it has surged to D+10, all based on the negativity expressed towards the President as a result of his performance Tuesday night.