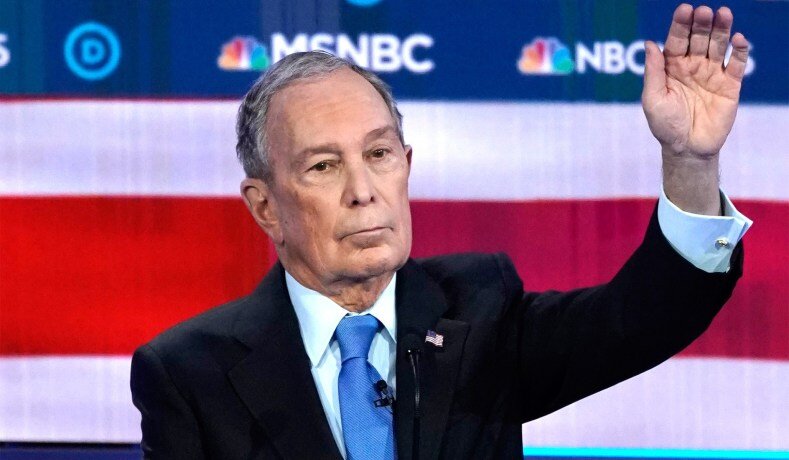 The Las Vegas Democratic Debate’s main draw was the new guy on the stage. After spending the entire campaign on the sidelines, it was time for America to see Bloomberg finally perform on the stage.

How did he do? The general opinion is not very well, but we wanted to see if it was as bad as the pundits are reporting. To do this, we decided to break down the debate into quarters to see how he actually fared using online sentiment as a guide.

9:00 – 9:30: This was the Bloomberg campaign’s worst nightmare. Right from the start, he was relentlessly attacked from all sides and did not appear able to defend himself. His online sentiment started negative and stayed that way throughout the first thirty minutes. In comparison, his most aggressive attacker, Elizabeth Warren, generated very positive sentiment through this quarter.

9:30-10:00: Bloomberg had a slight reprieve in the second quarter of the debate as his sentiment started to improve, although discussions of policing, taxes and NDAs kept him firmly in negative territory. During this time, Warren again generated very positive sentiment, and Sanders had his best quarter of the night.

10:00-10:30: Bloomberg continued to improve on climate change, redlining and socialism discussions. He arguably had his best line during this quarter referring to Sanders having three homes. Still not enough to move in positive territory, but he was trending up when Sanders was trending down.

10:30-11:00: The focus on Bloomberg decreased in the last quarter as other candidates sparred (Buttigieg and Klobuchar in particular) and his sentiment fell slightly during this time. Klobuchar had a strong recovery while Warren leveled off after an excellent first 90 minutes.

The Morning After: As the dust settled, it was Biden and Klobuchar who saw negative trends continue from overnight. Bloomberg stayed in negative territory indicating that even after reflection, people were not impressed with his performance. Warren, Sanders, and Buttigieg ended on positive trends, but only Warren and Sanders finished in positive territory.